In Scandinavia many forest berries are wild-harvested and then used for home canning of jams and sauces, and also sold commercially to companies to flavor drinks, juices, yogurt, desserts, jams, and so on.  Many of these are members of the Vaccinium genus in the blueberry family (Ericaceae).

One of the most common ones is lingonberry (Vaccinium vitis-idaea), a low-growing blueberry relative with small, red, shiny, and clustered berries on short upright stalks and with leathery oblong leaves.  They look like little tiny bushes sticking out of the soil among mosses and lichens in the taiga forests. Lingonberries are a very Swedish thing, and served with classic pancakes, blood pudding (maybe not so common anymore, but served in public school when I grew up in Sweden), and traditional cheese cake. It is an incredibly well-known and common wild-foraged plant in Scandinavia.

Common names are not regulated, they are just used by people as they see fit over the world.  This species is called lingonberry in English most of Europe and North America, cowberry in parts of North America, and lowbush cranberry in Alaska.  Other names are wortleberry and mountain cranberry. Which leads to giant confusion with the cranberry species below when you only use common names.

Other Vaccinium species also has red delicious berries, and among the most well known in the Northern hemisphere are the cranberries. In Europe it is mostly the cranberry species  Vaccinium oxycoccus, and in North American cranberry the larger-fruited Vaccinium macrocarpon. Cranberries grow mostly on the surface of the peat moss in bogs. They have lonely berries on long thin stalks that are laying on the ground, and long creeping branches with small leaves.  They are not grown commercially in Scandinavia, but are cultivated in other parts of the world.  Their tart flavor means that they are often used for jelly to be served with meat, and also for cranberry juice.

Cranberries and lingonberries are very different-looking plants when you see them side by side, but despite their large morphological differences there are common mistake.   As usual the stock photo market is among the worst, and here are an abundance of cranberry photos that actually show lingonberry (the opposite is much less common, so people seem to know how lingonberry looks like, but not how cranberries do). However, if the photos are from Alaska, they might be correct if they meant the low-bush cranberry(=lingonberry/cowberry), but there is no way of knowing if they use the Alaskan meaning of cranberry, or if they made a plant identification mistake (that is why we have scientific names to keep things in order) . Here are some examples of 'cranberry' photos featuring lingonberry (Vaccinium vitis-idaea):


The problem is that many companies buy stock photos to illustrate websites and newsletters and commercial packaging, and that there is no taxonomic quality control nor scientific species names on the labeling of stock photos. Many companies appears to be unaware of that they are using the wrong species in their materials until someone points it out, and by then they have inadvertently provided false marketing and information by using inaccurately named images.  Here is a packaging example of cranberry herbal tea, showing lingonberries and cranberries on the box:
To further confuse the American public, there is also 'cranberry bush' or tree, which is a species in the unrelated genus Viburnum and have nothing do to with Vaccinium's.  But that will be a different story.

So, to summarize how to tell these species apart in a photo:

Chamomile, what flower is on your tea box?

What do you think - does this chamomile tea box from STASH show chamomile flowers or something else? 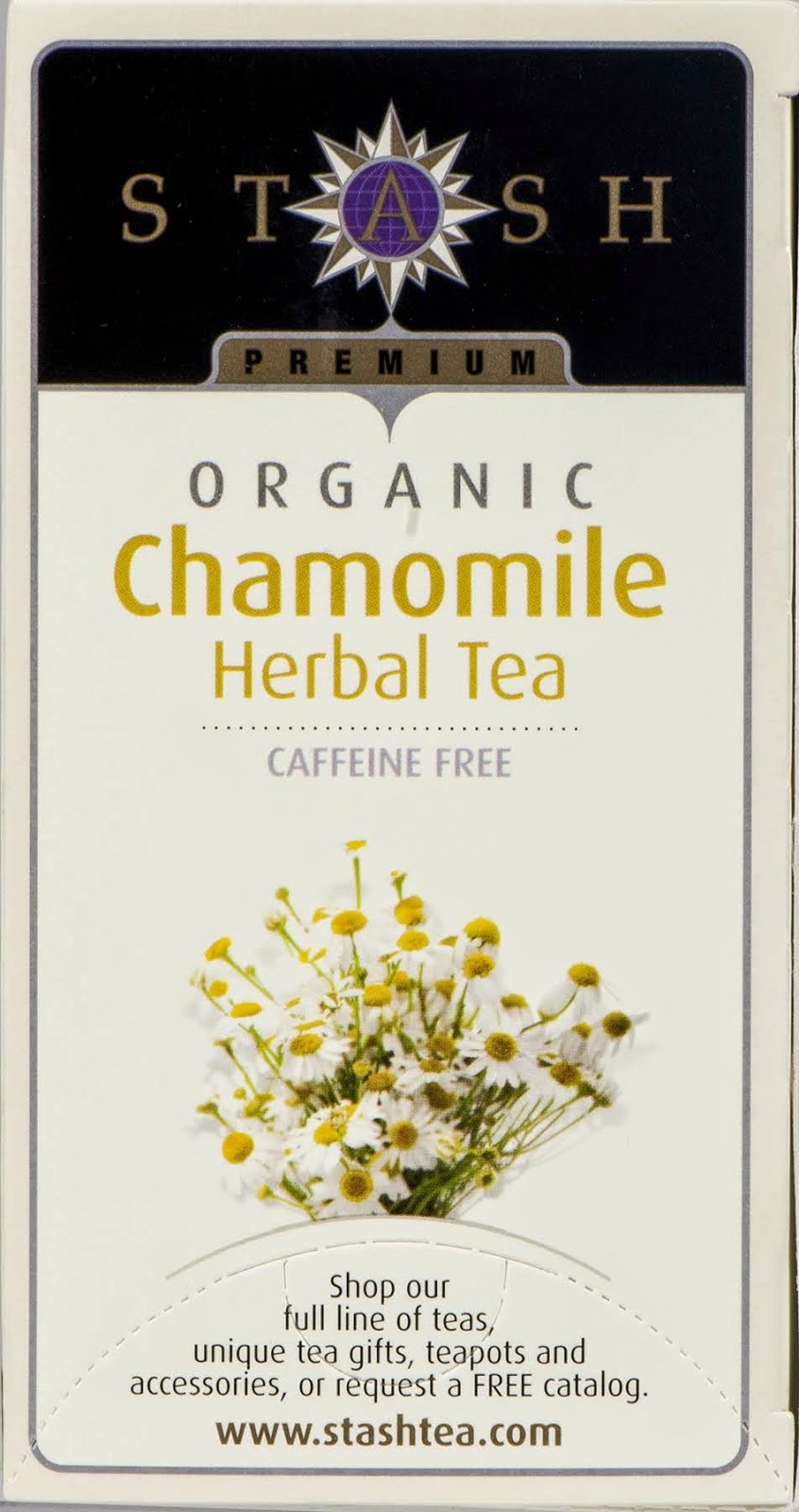 The medicinal plant chamomile has been used since ancient times for medicinal uses, especially as a calming and sleep inducing tea.  Chamomile is usually one of two similar-looking species, Roman chamomile (Chamaemelum nobile) or the more common German or wild chamomile  (Matricaria chamomilla). These species have many common names and also many scientific synonymous names, so I am listing some of them below.

So, what is the problem?  Well, there are many species in the sunflower family that look like white daisies with a yellow center, like both of the chamomiles have. So the companies that make chamomile tea packaging seems to have a horrible time putting the right species on the box.  Even worse is the stock photo market where a lot of 'chamomile tea' photos show something totally different than one of the two chamomile species.

Why does this matter?  Even if plants are similar in shape and color, they can have different chemistry.  Many times an edible plant may have a toxic look-alike.  If companies can't even bother putting the right plant on the label, can you trust them to check what is really in that bulk sample of dried leaves and flowers they are selling and want you to steep and drink and then sleep calmly on?  Maybe not...

So, how does the two true chamomile species look like? First, the 'flower' of a chamomile is a whole flower head.  It is a member of the sunflower family, Asteraceae, and just like its relative the sunflower in each flower head there is a circle of outer small ray flowers (white), and in the flat center is an area of disk flowers (yellow) that look like small yellow tubes.


Note how the leaves of German chamomile are divided into many narrow segments, and how the flower head is hollow and uplifted in the center with age, and how the white ray flowers along edge becomes vertically pointed downwards with age.

Here is Roman chamomile (Chamaemelum nobile), a very similar species that previously has been called Anthemis nobilis.
The Roman chamomile also have finely dissected leaves and a central part of the flower head that is lifted up.

The most common mixup when it comes to photos and other illustrations of chamomile is with the oxeye daisy, Leucanthemum vulgare. It has very different leaves that are whole and with a serrate edge.  The flower heads are flatter and the ray flowers are a lot larger and longer.  This species is also often unbranched or just branched from the base, but Roman and German chamomile are often very much branched.

Fleabane is another species you see mixed up with chamomile sometimes.  It has many, many more ray flowers and each white ray is a lot narrower than a chamomile or ox-eye daisy.
The easiest way to tell these species apart is to look at the flowers in the flower head and the leaf shape - here is an overview of the good characters to tell them all apart:

So, who got it wrong and needs to fix their packaging illustrations?

Do any teaboxes show the right chamomile?

And then we have the world of stock photo inaccuracies, which seems to be a never-ending subject.  The lack of quality control of stock photos is rather astounding. 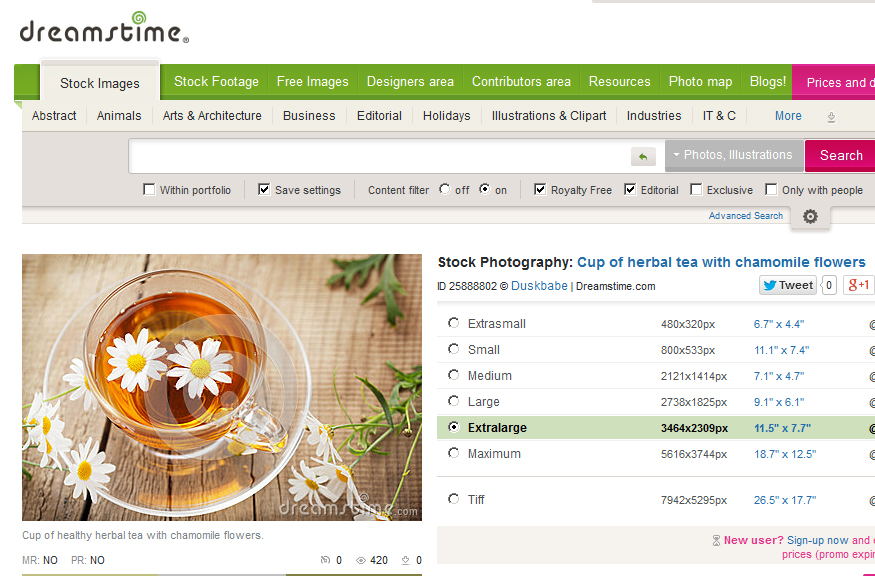 And then we have the mystery plant.  On Tom's of Maine's toothpaste 'Botanically Bright, with natural chamomile', there is a flower head that is not chamomile, but something else in Asteraceae, and leaves that are neither chamomile, fleabane, nor oxeye daisy.  I wonder what it might be...

Posted by Botanical Accuracy at 10:15 PM

A great blog post was just posted today by rattlebox (aka Ron) at the forum  All Things Plants summarizing how the whole Magilla Perilla story started with the blogpost on this blog and the simple inquiry by a reader to the company that trademarked the name.  Thanks to everybody who has helped straighten out the mystery of the false Perilla.
Posted by Botanical Accuracy at 8:14 PM